Behind the Man Cave name is a long story, one that we’re about to take you on, if you so choose. Very much abbreviated for your sake, our tall tale all started in 2002. David Yasar, a kind chap from Turkey, traveled across the world to pursue his long-held dreams of entrepreneurship. Ready and eager to learn, he enrolled in college and began exploring this new world. While searching for a place to settle, Myrtle Beach caught David’s attention and home it became. In 2005, David’s first business popped up in an outdoor shopping center, a kiosk specializing in personalized signs. You can see where we’re going with this, folks. David’s kiosk saw quick success and our crafty protagonist discovered this common desire people had to don their spaces with individualized items, specifically ones with their own names. So, David rode this wave, along with his newfound discovery of the term “Man Cave”, and never looked back.

From 2007 to 2011, David dug in deep, shifting most of his business online, all the while keeping the kiosk that started it all up and running. Business names came and went, but it was the customers that really drove home the name that still stands today. In 2012, it was official. Man Cave Stores opened their first location. First of five may we add. Around the same time and like the true to his word entrepreneur David is, he decided to take on his own garage as an experiment. Blood, sweat, and tears later, his man cave was completed, and very much approved by friends and neighbors alike. David’s own journey through ‘man cavedom’ really made him realize what that term meant. 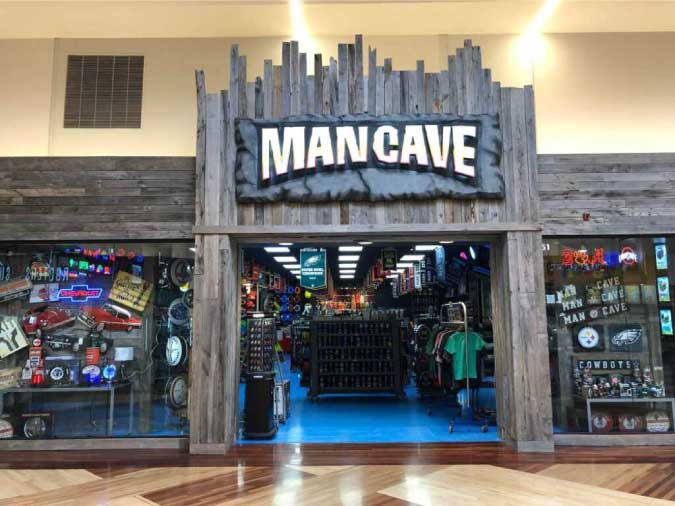 Man cave is really just a catchier way to say mankind’s personal spaces. The location doesn’t matter and neither do the four walls that comprise it. A basement, garage, shed, office, and even a closet can be a man cave, generally with some much-needed TLC. Now before we move on, let me remind you that as a company, we try to never take ourselves too seriously, but this idea we do take to heart. Everyone needs a space that’s purely their own, whatever that unashamedly means to them. David traveled across the world to an unknown place that he hoped would make his dreams a reality. Become a reality they did, and it’s his unending mission to give people that same feeling of finding a place that makes sense, that fits. 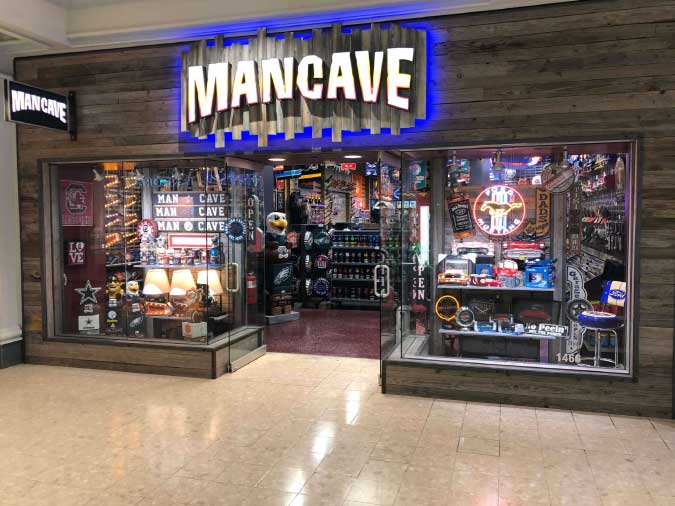 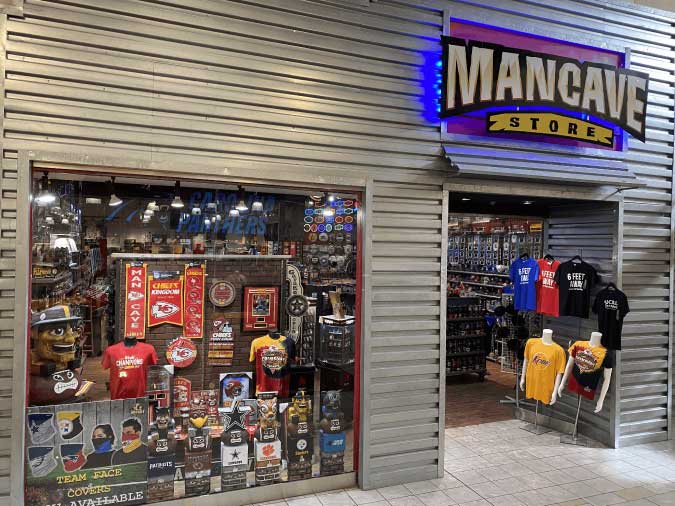 How does this anonymous narrator know so much about David, you ask? Well, plot twist, this anonymous writer is David, trying to get my point across without too much cringe. Hopefully, I’ve accomplished that and you’re still reading this because Man Cave is just getting started. We’re currently building a 12,000 square foot warehouse and distribution center with the hopes of not only providing personalized signs, décor, and furniture but entire turnkey man caves. Yes, you heard right. That’s all for the future and we’re thrilled to get to that point. For now, though, we hope you can walk into one of our Man Cave stores, or sign onto our website, and connect with something there.

Our company motto, “MY CAVE, MY RULES” really does encapsulate everything we stand for. It’s all about your space and how you exist in it. So, go ahead and start making your own rules.